In Tubman We Trust, Harriet Tubman Lands the $20 Bill – Made Maven 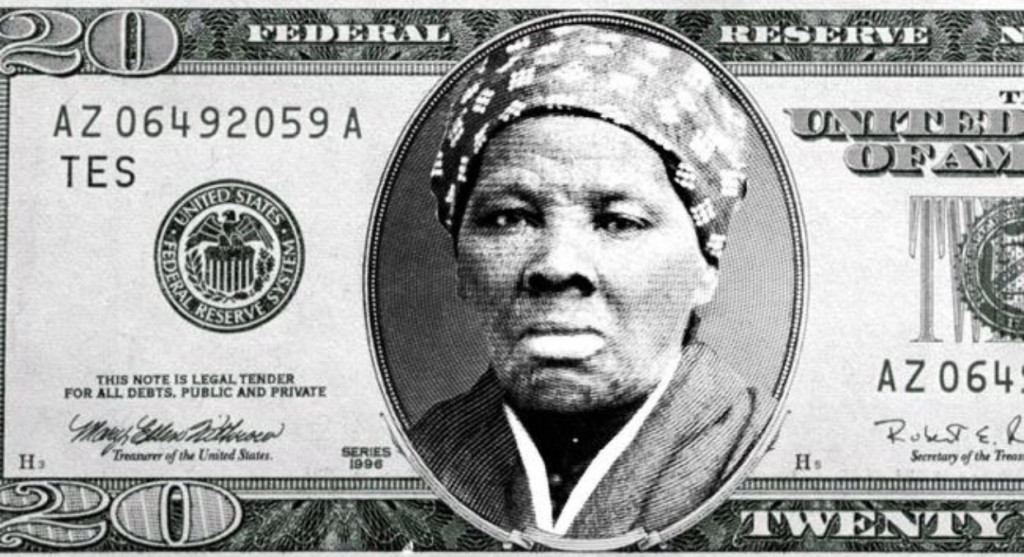 You’ve heard about it now. You’ve probably even chimed in a comment or two after seeing endless memes on social media about Harriet Tubman replacing President Andrew Jackson on the $20 bill. Some are cheering while others like Ben Carson are stating that this milestone is only setting Tubman up as the new face of slavery. There will always be those who may not agree with Harriet Tubman being the face of any National landmark. However the reaction to a black woman gracing the beloved $20 bill takes the cake.

The changes were announced in April by Treasury Secretary Jack Lew as part of a historic overhaul of U.S. currency aimed at addressing America’s legacy of slavery and gender inequality. This epic announcement came after a viral online campaign to feature a woman on the currency and, later, a push to preserve Hamilton’s place by historians and fans of the hit Broadway musical bearing his name. As soon as the headlines released, a majority of people went into an out roar to state that Harriet Tubman cannot be on a form of monetary exchange since she was not a President. However, Lew stood strong in the leaders defense stating Harriet Tubman was “not just a historical figure but a role model for leadership and participation in our leadership and participation in our democracy”.

Wiping the slate clean and painting a picture of equality was no easy feat. There is still backlash in the media criticizing that the overdue recognition is just a slighted form of inscribing Tubman on an instrument of oppression. Although no individual can speak for Harriet Tubman and how she may have felt about the honor, that does not stop the public on having an opinion. Regardless on your thoughts, one cannot argue with the fact that this historical moment has made waves and launched a ripple of change.

Not only is Harriet Tubman going to appear on the front of the $20 bill within the next few years, but other changes to our currency are scheduled as well. The $5 and $10 notes will also change. Women and civil rights leaders will be added to the bills. Hamilton and Lincoln will remain on the front, with new images occupying the back of the bills. Up next will be the redesigned $10 bill which is expected to enter circulation by 2020, in time for the 100th anniversary of the 19th Amendment, which granted women the right to vote. It will also mark the first time a woman’s portrait has appeared on U.S. paper currency in over a century. A montage of women involved in the American suffrage movement such as Lucretia Mott, Sojourner Truth, Susan B. Anthony, Elizabeth Cady Stanton, and Alice Paul will be on the back of the $10.

Lew said the $5 bill will keep Abraham Lincoln, the 16th president, on the front. The back of the bill will depict the Lincoln Memorial along with portraits of individuals involved in historic events that took place there.

That includes Marian Anderson and Eleanor Roosevelt. The African-American opera singer and former first lady held a concert at the memorial in 1939 in an effort to move the civil rights movement forward. Martin Luther King Jr. will be added the back of the bill. The Lincoln Memorial was the site of his famous “I Have a Dream” speech in 1963. Lew said Wednesday that he’s instructed the Bureau of Engraving to “accelerate the process,” but updating currency can take more than a decade. This means millennials will be able to speak on the old versus the new to the new generation and while our new dollar bills make more sense.

Tell us your thoughts on your new monies and comment below!

MADE by Xuxa Day